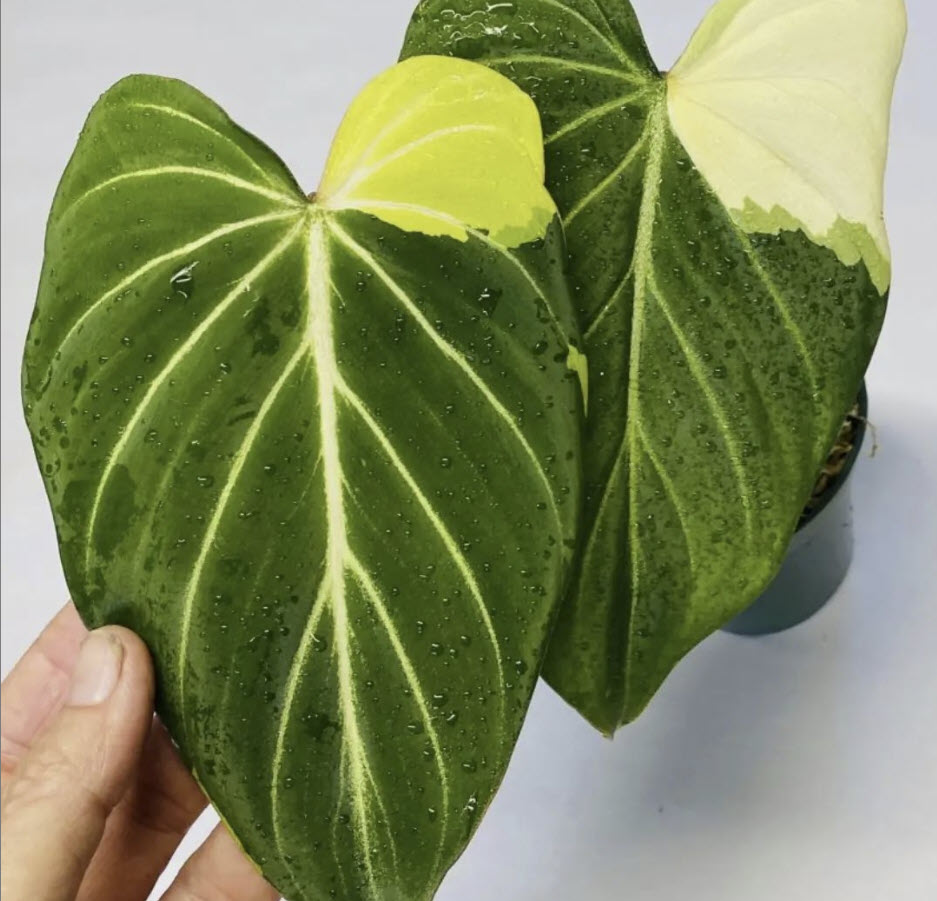 UPDATE: Since originally writing this post there has been a lot of clarification. Kaylee Ellen purchased the plant from the Aroid show and Enid was looking after it for her until she got back to the states to transport it. It was confirmed that the false bids were entirely due to people trolling the auction, i.e. making fake accounts and driving the price up to ridiculous amounts.

So, I’m assuming some people have been following the auction today of the Variegated Gloriosum. From what started as a usual auction quickly became one of the most ridiculous plant auctions ever.

It started as a regular auction with no reserve price. It’s a very rare plant that literally no one has, so I was not surprised to see it quickly hit 15k two days before the auction even ended. But then things started getting weird…The price flew up to 200k in an instant, and then back down to 40k. So I assumed it was just trolls bidding. Then the price raised back up to well over $340,000. What the heck is going on?

So far the listing has been taken down, over a day before the auction was scheduled to end. I have yet to see any statement about it either. But people are quick to talk about it on Facebook.

It certainly wouldn’t be the first time trolls ruined an auction. But this price point is crazy.

It’s no secret that the plant came from the Youtuber Kaylee Ellen, and is now in the watchful hands of Enid over at NSE Tropicals. The auction was advertised as such. So why are people so curious about where Kaylee got it from?

So is the plant that rare? I definitely haven’t seen them in many personal collections. I haven’t seen any at all. But then again, there are apparently secretive private collections that we just don’t know about. Or at least, that’s what people on Instagram are saying.

2 thoughts on “A Variegated Gloriosum is Breaking the Internet”

It is cold! Please add a note if you need a heatpack, or email us to schedule a local pickup! Dismiss